USA. Gaylord. A tornado has hit Michigan, there are deaths and injuries. “The city is devastated” 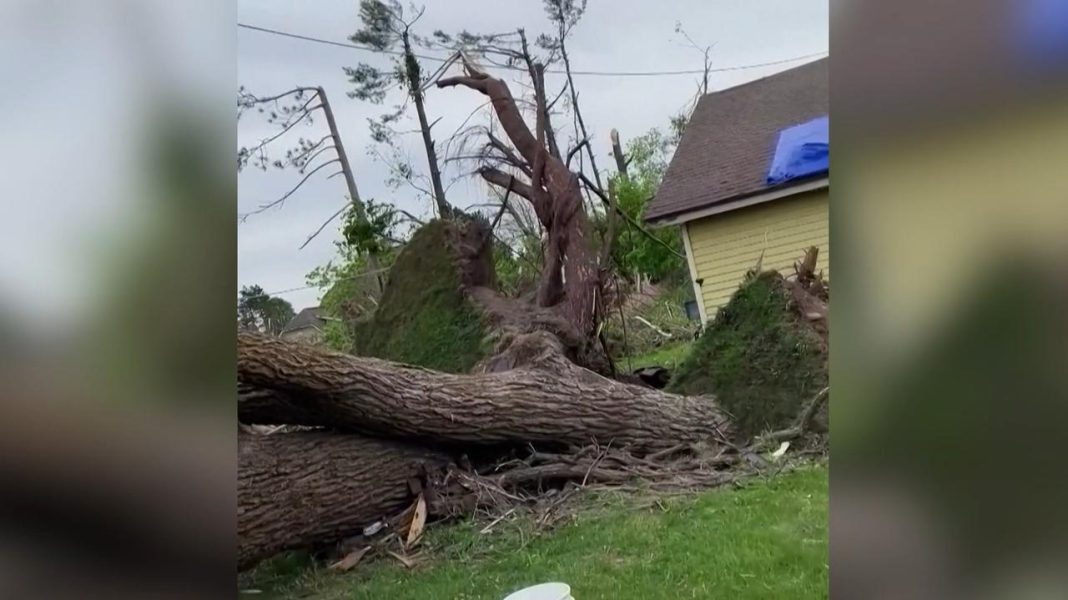 A devastating tornado hit the city of Gaylord, Michigan. Two people were killed and 44 injured. The element was tearing roofs off houses and overturning cars. Governor Gretchen Whitmer has declared a state of emergency for the area.

The tornado hit the American city of Gaylord, Michigan on Friday, May 20. Two people died and 44 were injured as a result of the attack. Governor Gretchen Whitmer has declared a state of emergency for the area.

– We make all state resources available in cooperation with local response and reconstruction services – assured Whitmer during a press conference. There was a curfew at Gaylord until 8am on Saturday.

The two deaths, Michigan police said, were in a Nottingham Forest caravan stop and were in their seventy years old.

Tornado at Gaylord. The streets are covered with rubble

A tornado tore roofs off buildings, knocked over walls and cars, knocked down trees and power lines.

– The city is devastated. The tornado destroyed a huge number of buildings and threatened the lives of many people, said Jordan Awrey City Council member, quoted by CNN. The element hit parts of the city where shops, restaurants and other businesses are located. The streets are covered with rubble. As late as Saturday morning, more than six homes and businesses in Otsego County were without electricity. 35 people were taken to hospitals. According to the commander of the Otsego County Fire Department, in a park of mobile homes where two people were killed, the damage is likely to be 95 percent. – The strongest storm front generated a wind speed of over 122 km / h at Frankfort Light, and devastating gusts of winds have also been reported in Leelanau and Antrim counties, the National Meteorological Service (NWS) reported.

Stalowa Wola. He escaped from the courtroom, a manhunt is underway. The accused of drug offenses was not handcuffed