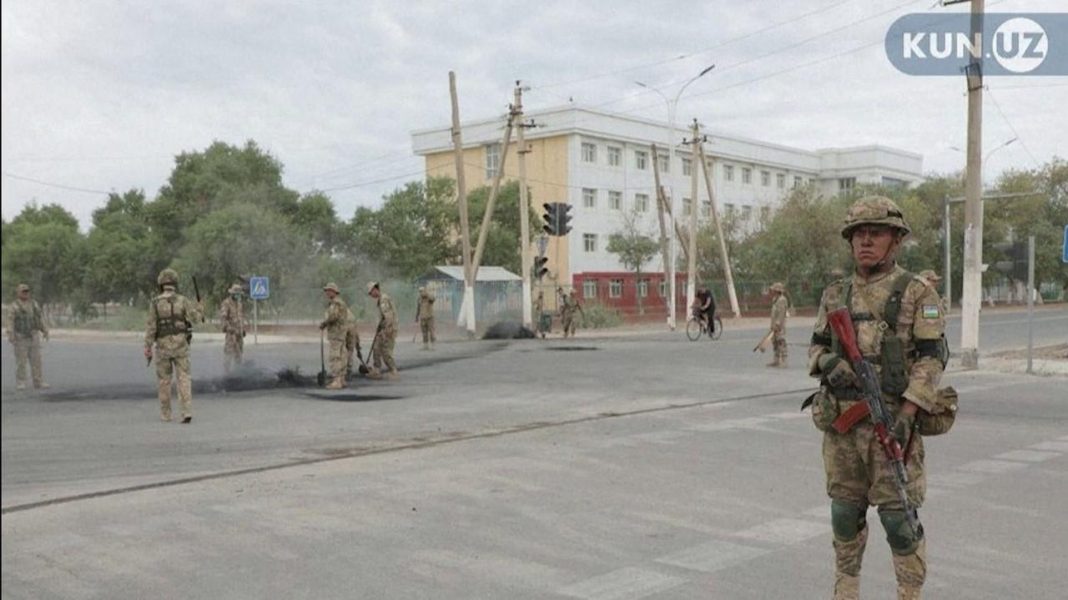 Uzbek President Shavkat Mirziyoyev admitted that there are victims among civilians and officials after violent protests in a country located in Central Asia. According to one opposition politician in exile, at least five people died. Uzbekistan is an authoritarian former Soviet republic.

The participants of Friday’s rally protested against plans for a constitutional reform that would change the status of Karakalpacja, an autonomous republic inhabited by the Karakalpaks – an ethnic minority using its own language.

President Mirziyoyev in a statement posted on the Internet said that there was an attack on the police in the capital of the autonomous republic of Nukusie. The protesters were to throw stones at the officers and start fires. “Unfortunately, there are casualties among civilians and law enforcement officers,” he said. He did not provide details of how many people were killed.

Pułat Ahunov, an exiled opposition politician, told Reuters, citing local sources, that at least five people had been killed. However, he noted that there are unconfirmed reports of dozens of victims.

Sultanbek Zijayev, head of the health ministry of the Karakalpath Republic, told Dayro.uz that hospitals in Nukus are full of patients who were injured during clashes between protesters and security forces. “Thousands of the wounded are hospitalized,” he pointed out.

The Reuters agency pointed out that in the photos from Nukus published on Sunday by the Kun.uz news portal, you can see street barricades, burned trucks, a large presence of the army and armored personnel carriers. Recordings of two seriously injured people have been published on social media.

Uzbek President Shavkat Mirziyoyev resigned on Saturday from plans to reform the constitution.

Social protests are rare in the authoritarian-ruled Uzbekistan, which borders, inter alia, with Kazakhstan and Afghanistan. It was the second outbreak of unrest in Central Asia this year, after Kazakhstan crushed mass protests in January and Russia and other former Soviet republics deployed troops to help authorities restore order.

Steve Swerdlow of the University of Southern California and a Central Asia expert told Reuters that Uzbekistan has long avoided public dialogue over ethnic minority concerns and concerns.

– The government should get involved as transparently as possible, explain what happened, especially regarding the victims and the use of force, allow independent media to report and, in the long run, have difficult discussions with local people about what their concerns were. the cause of such mass protests – believes Sverdlow.