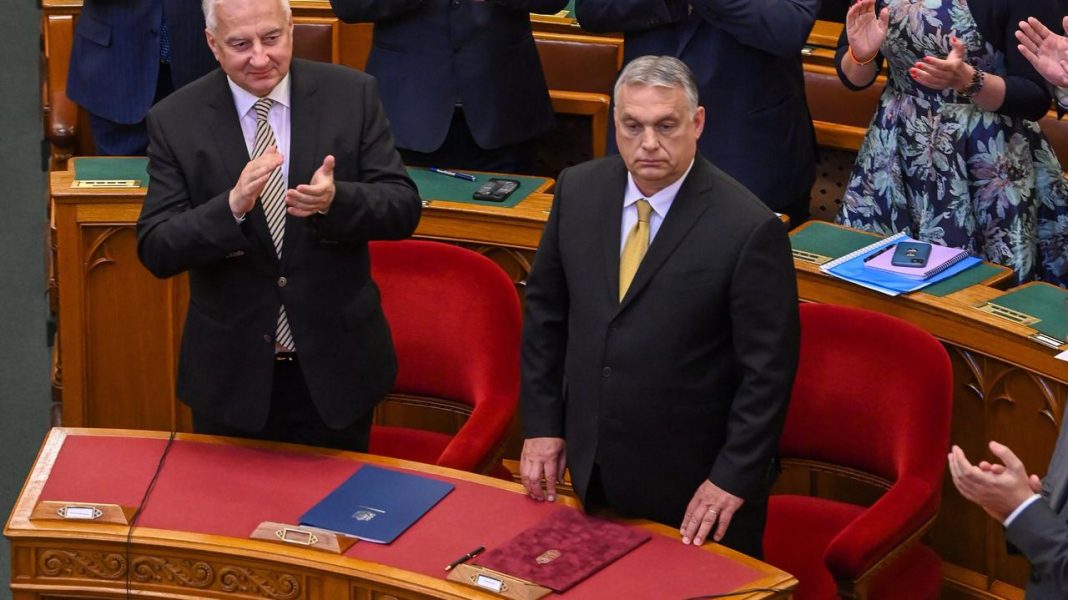 Hungary will not block EU sanctions against Russia if they do not threaten their energy security, said Viktor Orban, who was once again sworn in as the Prime Minister of Hungary. He will hold the position of head of government for the fifth time.

– For the sake of European unity, Hungary will not block sanctions as long as they do not exceed the Hungarian red line of economic self-defense, i.e. they do not threaten Hungary’s energy security – he announced in the parliament.

He estimated that Europe did not currently have any tools to stop the war in Ukraine. According to him, EU leaders are convinced that Russia can be humiliated by sanctions, but he himself does not remember EU restrictions that would be effective.

Hungary, which has so far voted all sanction packages against Russia, is opposed to the adoption of the 6th package as proposed by the European Commission, claiming that it would constitute “an atomic bomb dropped on the Hungarian economy”.

The head of Hungarian diplomacy, Peter Szijjarto, emphasized that the acceptance of the EC’s proposal would mean for Hungary the need to spend EUR 500-550 million on oil processing plants and another EUR 200 million on increasing the capacity of the pipeline from Croatia to Hungary. He also pointed out that, apart from that, the sanctions would mean an increase in oil and gas prices in Hungary by 55-60%, which would also affect all other prices.

Orban said on Monday that the war in Ukraine would continue for a long time and would involve a constant threat to security. In his opinion, the EU is facing “an epoch of recession”, associated with rising energy prices and inflation as a result of the war.

He announced that the Hungarian government would take steps to reduce inflation in cooperation with the Hungarian National Bank. “We will take careful but firm measures to regulate the prices,” he said.

Orban also said that while the EU is “abusing power day by day,” he sees Hungary’s future in the European Union over the next decade, but will seek allies to restore the EU. As he emphasized, Hungary does not belong to the EU because “it is what it is, but because what it could be”.

Orban was elected prime minister by MPs on Monday with 133 votes in favor and 27 against after his party’s Fidesz overwhelmingly won in April’s parliamentary elections.