Walrus in the Baltic Sea. Mors on the Polish coast is probably the first such case [ZDJĘCIA] 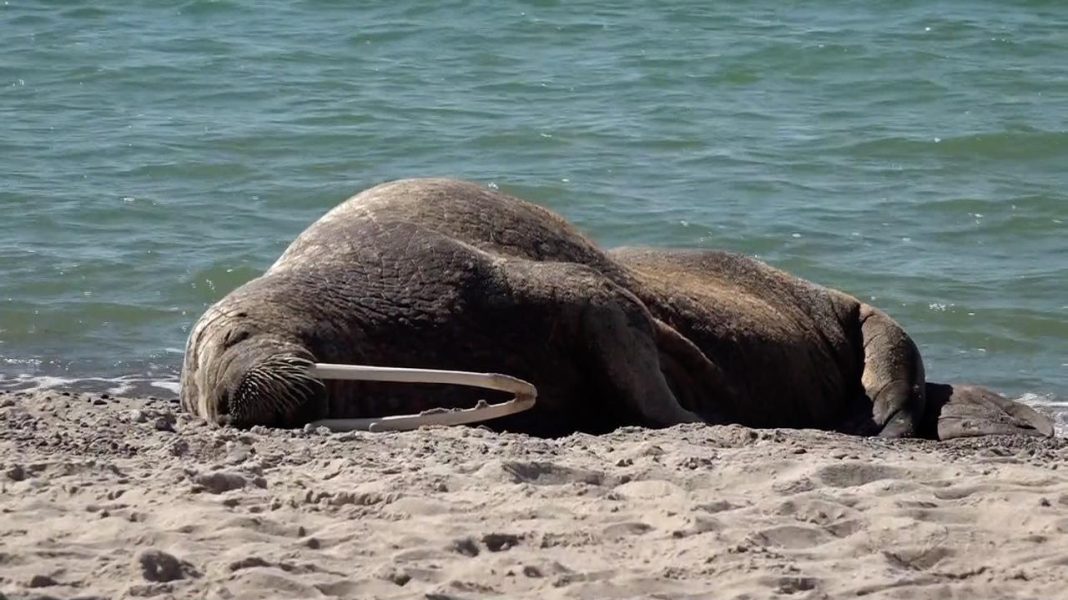 Mors appeared on Thursday morning on the beach near Łazów (West Pomeranian Voivodeship). It is a species that has never been seen on the Polish coast before. It usually occurs in Arctic waters. As Konrad Wrzecionkowski from the WWF Blue Patrol reported, probably the same individual was seen in Germany last week. We received the first information and photos on Contact 24.

The walrus observed on Thursday on the beach near Łazy is – as Konrad Wrzecionkowski from the WWF Blue Patrol said in an interview with TVN24 – the first known case of the presence of this species on the Polish coast.

– The Baltic Sea is not home to walruses. Ideally, he should find his way back to the North Sea through the Danish Straits and beyond. In the Baltic Sea, he may have a problem with finding the right amount of food – pointed out Wrzecionkowski. Mammals that can be found in the Baltic Sea include three species of seals and the porpoise.

The expert explained that the walrus entered the Baltic Sea from the North Sea, “probably carried by the currents for food”. He added that last week the same specimen was probably seen on the shore of the German island of Rügen. Local specialists assessed that it was a young female. It probably weighs around 500 kilograms.

As Konrad Wrzecionkowski from the WWF Blue Patrol said, the walrus “went out in order to rest and we are trying to provide it”. The part of the beach where the animal is located has been fenced off. – For security reasons, no one will probably approach him. When we have new reports from other regions of the Polish coast, we will renew our actions to secure it – he explained.

– Taught from experience in the case of seals, we know that people want to take a picture, get as close as possible and even risk their lives, stroke them. Here we have an animal with larger dimensions. An animal whose behavior we do not know from experience, warned Wrzecionkowski.

We received the first information and photos of a walrus lying on the Baltic beach at Kontakt 24. “The animal rises from time to time and rests its head on its tusks, but then it lies back down” – described the author of the photographs.

Walrus on the beach near Łazy