Warsaw. BMW hit a pole in Wola district. Firefighters cut the driver out of the wrecked vehicle 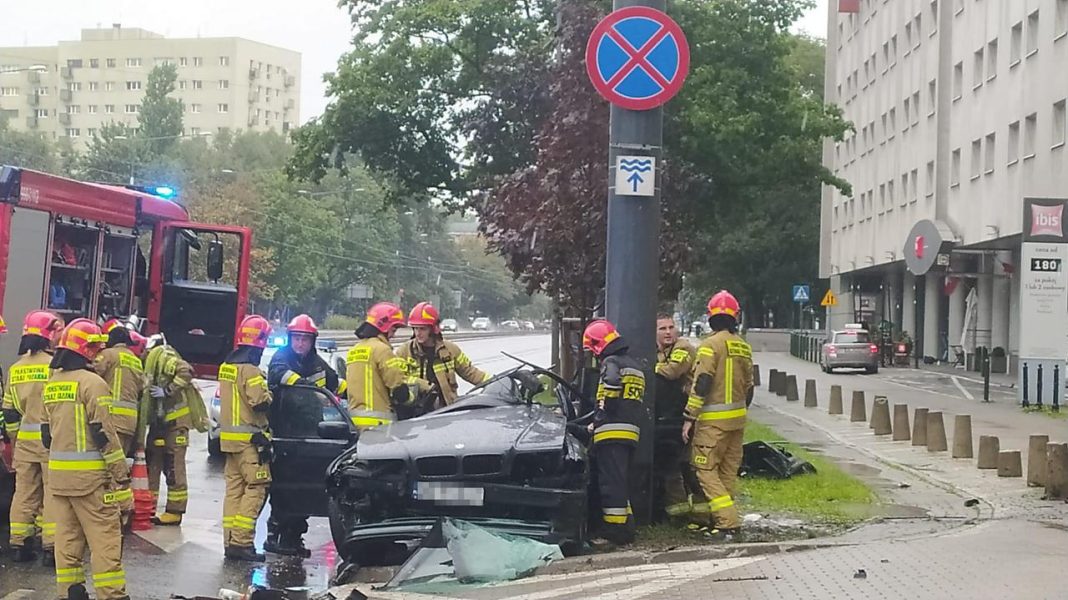 A passenger car hit a pole in aleja “Solidarności”. The car was badly damaged and firefighters had to use hydraulic tools to get the driver out. Movement towards the center was suspended for some time.

The accident took place on Saturday afternoon in the area of ​​the intersection of Aleja “Solidarności” and Okopowa. – The BMW car crashed on a steel lantern – reports Tomasz Zieliński, reporter at tvnwarszawa.pl. And it describes that the car was damaged so badly that the emergency services had a problem with getting to the driver. The car crashed into the pole with a door on its side. “The firefighters had to use plumbing equipment to get her outside,” he adds.

There are fire brigades, police and ambulance services on site. Our reporter established that the victim was taken to the hospital.

There will be difficulties for drivers going towards the city center. Initially, the road was completely blocked. As our reporter reported a moment after 1 p.m., one lane is currently impassable.

The information about the accident was confirmed by Gabriela Putyra from the Warsaw Police Headquarters. More information coming soon.

WATCH THE “7 LIVES” PROGRAM ABOUT SAFETY ON POLISH ROADS >>>