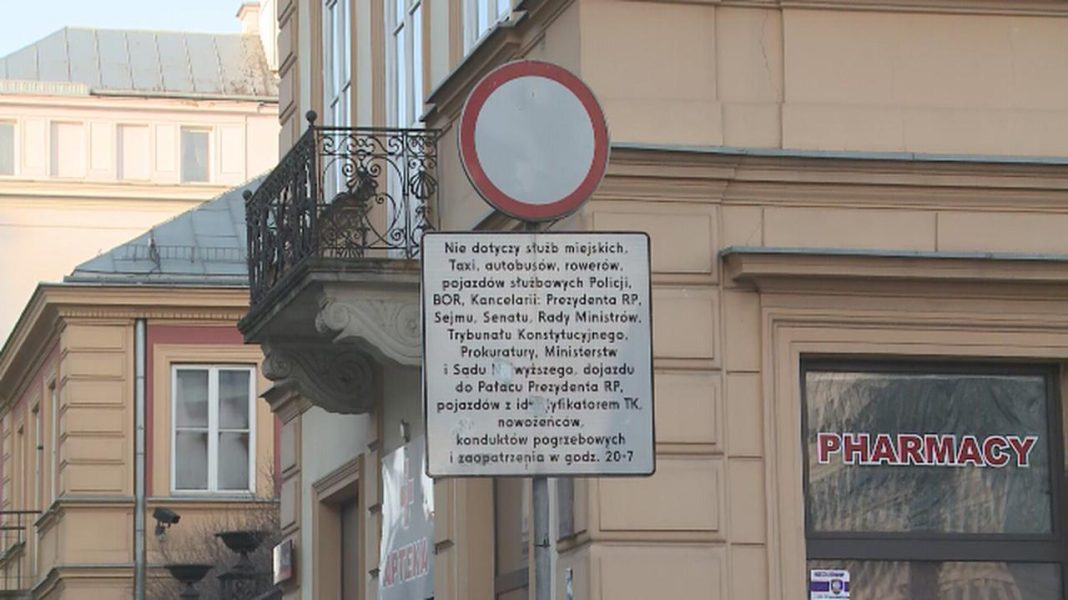 Five thousand zlotys must be paid by a 24-year-old Lamborghini driver who ignored the B-1 sign (traffic ban) standing in front of the entrance to Krakowskie Przedmieście. In order to make it difficult for the police to intervene, the driver pretended that he did not know the Polish language.

The incident took place on Thursday evening in Krakowskie Przedmieście. – Around 7.15 p.m. the police noticed a Lamborghini Huracan driver who ignored the B-1 traffic ban in both directions and entered a representative street of Warsaw – said Robert Szumiata, a spokesman for downtown policemen.

Szumiata added that the 24-year-old man “wishing to hinder the activities carried out against him, pretended to be a foreigner who only speaks English”. – In fact, it turned out that he is a Pole, lives permanently in Poland and speaks his native language – the policeman said.

We also informed about a Volkswagen driver who broke the fence and entered a private property: