Warsaw. “The Bridge of Polish-Ukrainian Friendship”. Activists proposed a name for the footbridge over the Vistula 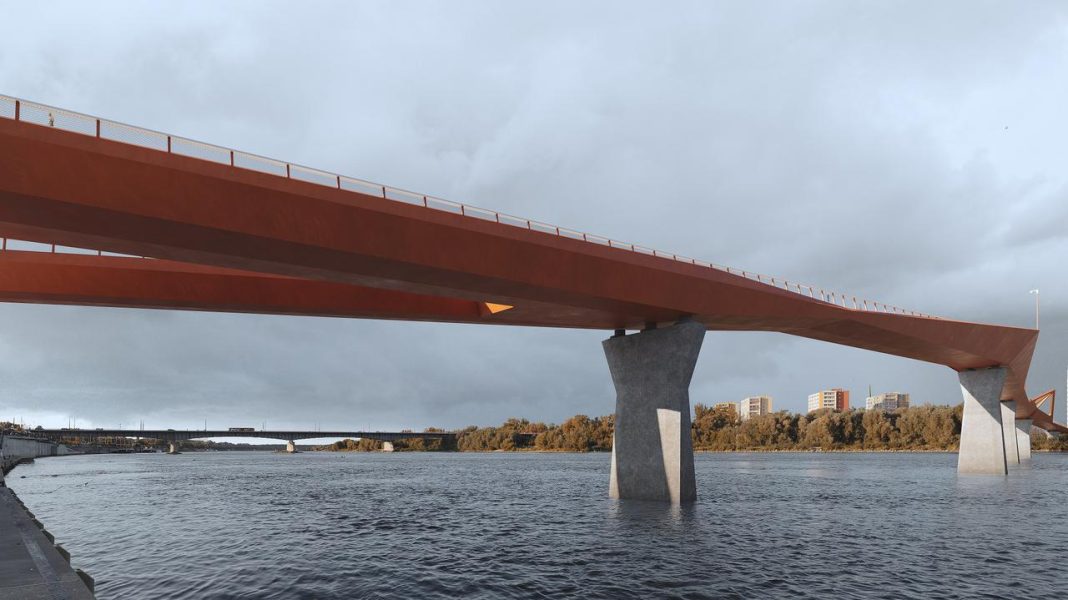 The name “Bridge of Polish-Ukrainian friendship” for the pedestrian and bicycle bridge under construction, which will connect Praga with Śródmieście, appeared in a petition submitted to the Warsaw Council by two local government organizations. “This is an ideal way to highlight the positive relations between our nations,” the authors of the petition noted.

Two non-governmental organizations have submitted a petition to name the pedestrian and bicycle bridge over the Vistula River: the Warsaw Self-Government Forum and the International Institute of Civil Society.

“Good Deeds Must Be Praised”

– We can all see the great help Poles are giving to our friends from Ukraine. This is a show of real empathy, and it is worthwhile for these wonderful deeds to be formalized in some way. Hence the idea to name the pedestrian and bicycle bridge – said Grzegorz Gruchalski, chairman of the Warsaw Local Government Forum, quoted in the press release.

In a petition addressed to the chairman of the Council of Warsaw, Ewa Malinowska-Grupińska, social activists wrote that Warsaw and Varsovians dedicated themselves to the humanitarian campaign for the hundreds of thousands of refugees from Ukraine who ended up in our city. “We believe that good deeds should be praised and this social uprising of the inhabitants on behalf of our brothers and sisters from Ukraine must be commemorated in the city space” – they added.

“We are asking the authorities of Warsaw to name the pedestrian and bicycle bridge currently under construction on the Vistula River of Polish-Ukrainian friendship. Ukrainian refugees “- they noted.

Pedestrian and bicycle bridge over the Vistula River

The new bridge will be half a kilometer long. Its width will be variable – at its narrowest point it will be 6.9 meters, and over the river it will widen to 16.3 meters. The structure will reach 452 meters in length. Thus, it will be 127 meters longer than the London Millennium Bridge. Pedestrians will cover the crossing in six minutes, cyclists will cover it in two minutes.

There will be no division into a pedestrian and bicycle zone on the bridge, there will also be places to rest. Lighting of the object will be provided by light sources placed in the balustrades. The bridge will be monitored.

We reported three weeks ago about the commencement of its construction. The crossing is to be built in 2024. The construction cost is over PLN 120 million.