Warsaw. The councilors gave a vote of confidence to Rafał Trzaskowski 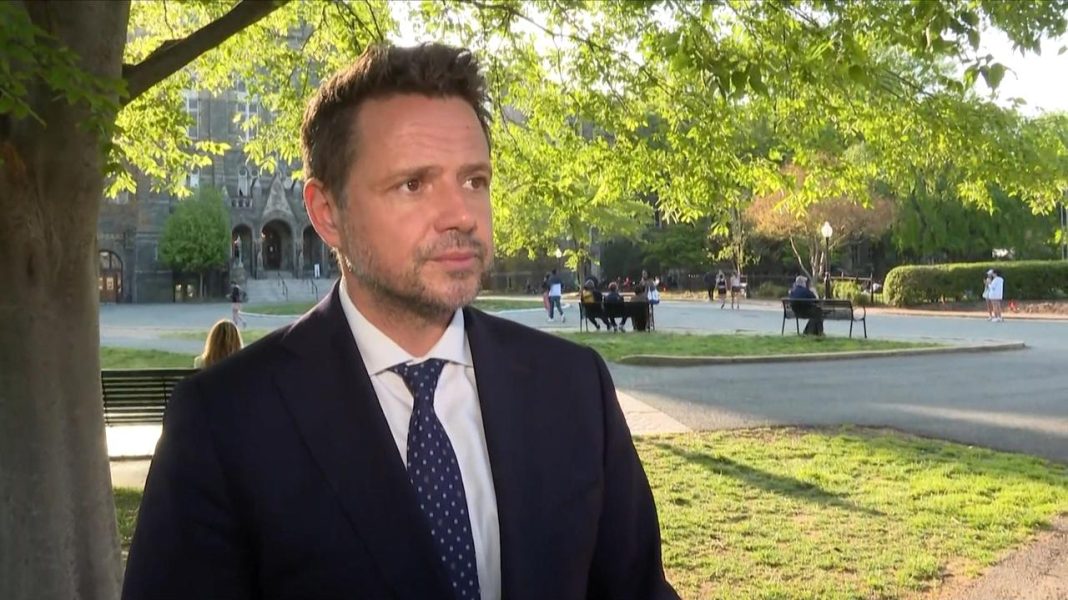 During the Thursday session of the Warsaw Council, the city councilors gave a vote of confidence to the mayor of Warsaw, Rafał Trzaskowski. 39 councilors voted for and 18 councilors against.

After the morning deliberations, the councilors gave the mayor of Warsaw a vote of confidence. 39 councilors voted for, 18 against.

“The city is in good shape”

The Mayor of Warsaw, Rafał Trzaskowski, presenting the report on the state of the city for 2021, spoke about the most important changes and challenges that the city is facing. As he emphasized, in his opinion the city is in good condition, but he admitted that there are more and more challenges, mainly financial ones.

Trzaskowski noted that 2021 was another year in the fight against the pandemic. “This pandemic is definitely not over yet,” he said. He added that this year the city functions in completely different conditions due to what is happening beyond the eastern border.

– In a sense, these challenges from 2021 also translate into today’s situation, so despite the fact that we have dealt with these challenges in 2021, we should definitely look into the future with some anxiety – he stressed.

“Huge changes and even greater potential of the city”

However, Trzaskowski emphasized that “today Warsaw is a truly European city, modern, diverse, comfortable to live in and open to the world”. He noted that his international commitment focuses on showing “the enormous changes and even greater potential of the city”. – To attract investments and money to Warsaw at this difficult time – he said.

He emphasized that the local, self-government, national and European worlds are very closely related. – This cooperation bears fruit and helps us to lobby for the best solutions and direct money that could go to cities – he said.

He added that opening to the world turned out to be extremely important in the context of Russia’s aggression against Ukraine and the wave of refugees that passed through the city. – We managed to obtain over PLN 140 million from external donors, from both UN institutions and specific donors, specific governments, cities that helped us in this hellishly difficult financial situation – he emphasized.

The report on the state of the city attached to the resolution shows that last year the city’s income amounted to PLN 21 billion 595 million, while its expenses amounted to PLN 20 285 million. At the end of 2021, there was a surplus of PLN 1 309 million in the budget.

The subway cost the most

On Wednesday, during a press conference organized the day before the session of the Warsaw Council, the politicians of Solidarity Poland summarized the implementation of investment promises made by President Rafał Trzaskowski.

The deputy minister of justice and former Warsaw councilor Sebastian Kaleta emphasized that for many months Rafał Trzaskowski has been complaining that Warsaw has insufficient funds, while in 2021 Warsaw’s budget is PLN 21.5 billion, of which almost 14 billion are government subsidies, PIT and CIT. This is twice as much as in 2015.

Share
Facebook
Twitter
Pinterest
WhatsApp
Previous articleWarsaw, Wawer. The 15-year-old hid in the attic from the service
Next articleBiden likes to duke it out with the press when he will get a troublesome query — listed here are 3 epic examples

Tomaszów Mazowiecki. She left the keys in the ignition, the car is gone. “He said he was lent him by a friend...

Research: Dinosaurs may have spread when Earth was cold

Tomaszów Mazowiecki. She left the keys in the ignition, the car is gone. “He said he was lent him by a friend...