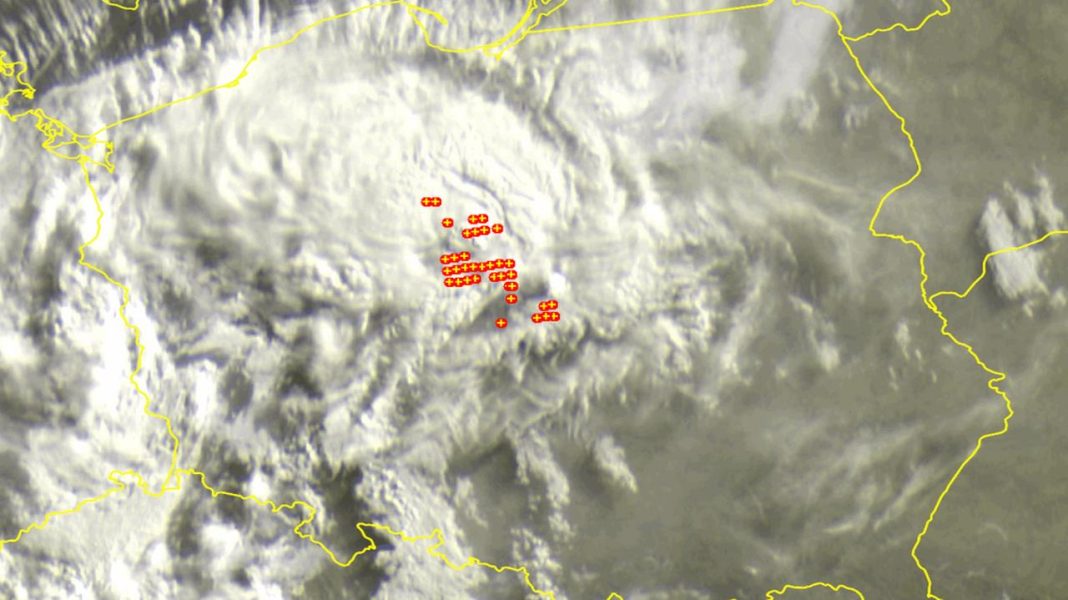 Where is the storm? On Thursday morning, storm clouds appeared over part of Poland. The phenomena are accompanied by rainfall and gusty winds. Follow the current weather situation on tvnmeteo.pl.

As reported on Thursday around 6 o’clock in the synoptic tvnmeteo.pl Artur Chrzanowski, moderate storms. They are accompanied by rainfall of 10-20 liters of water per square meter and gusts of wind up to 60-80 kilometers per hour.

Where is the storm

Nurze occur in the following voivodeships:

– Łódź Provincein the vicinity of the cities of Piątek and Łęczyca;

Storm. How to behave

When it thunders and we are away from home, the Government Security Center (RCB) recommends:

◼ quickly find a safe haven; ◼ avoid hiding under trees; ◼ avoid being outdoors. If you are already on one, you have to find a lowering in the field and crouch (do not sit or lie down) with your legs joined and pulled up under you. The legs should be joined, because in the event of a lightning strike, due to the voltage difference (the so-called step voltage), current may flow between the feet; ◼ if we are in the water or are on a boat, go ashore and move away from the water as it is a very good electrical conductor; ◼ avoid touching objects made of metal or being near them, because they can “attract” lightning; ◼ stay in the car (if we are in it) because it provides good protection against lightning; ◼ crouch down immediately if you feel electric charges in the air and your hair “stands on end”; ◼ people in the group in the open space should disperse to a distance of several dozen meters so that, in the event of a lightning strike, part of the group could help the paralyzed.