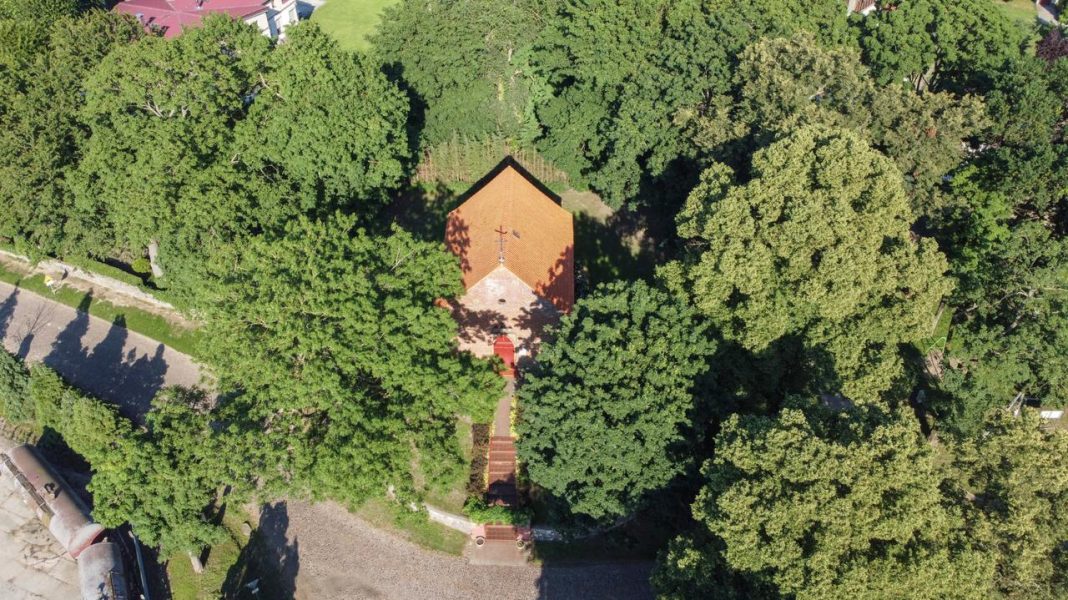 In the village of Wiejkowo (West Pomeranian Voivodeship) there is the tomb of the Viking king, Harald Blue Tooth Gormsson, declares a group of scientists who made a discovery using LiDAR technology that allows you to check what is under the surface of the earth. The ruler lived in the 10th century AD and is credited with the unification of the Scandinavian countries. The nickname of the king from a thousand years ago was used by the creators of wireless Bluetooth technology.

Wiejkowo is a small town located just over six kilometers southeast of Wolin. Until recently, she could boast that Paweł Małecki, a confectionery virtuoso and a master of Polish confectioners, grew up there. Now, however, if the findings of scientists are confirmed, Wiejkowo will be able to boast that there is a tomb of the Viking king, Harald Blue Tooth Gormsson, on its territory. The ruler was to die in 986 in Jomsborg, the city of Wolin today.

– The circumstances of the ruler’s death and his burial place were one of the oldest puzzles in history – says Marek Kryda, the head of the group of scientists, in an interview with the British portal “The First News”, which was the first to announce the discovery.

It was possible thanks to the use of LiDAR technology. It is a method of measuring distance by illuminating a target with laser light and measuring the reflection with a sensor. Thanks to it, scientists were able to “see” what is below the surface of the earth.

– Satalitarian photos allowed us to look at large areas of the area and find archaeological anomalies – says Marek Krynda.

A clue saved on a golden disk

Information indicating that Wiejkowo may be the burial place of the ruler from a thousand years ago was found on a golden disk, which until 1841 was discovered in the burial chamber under the building of the local church. A Latin inscription mentioned the Viking king as “ruler of the Danes, Scania and the Viking stronghold of Jomsborg”.

Swedish archaeologist Sven Rosborn, quoted by The First News, says the disc was a funerary gift that was removed from the crypt beneath the church in 1945 when a major was due to pick it up. Polish army, Stefan Sielski. The disk was hidden by a soldier in a box with old buttons, where it was until 2014. Then his 11-year-old great-granddaughter found him and showed him to the history teacher.

After translating the records, the Swedish archaeologist stated that Blueose must be buried in the vicinity of the old Jomsborg, that is, somewhere in the territory of present-day Poland. The discovery of scientists led by Marek Krynda confirms his assumptions.

Harald Sinozęby introduced to Denmark Christianity, being baptized around 965. Around 970 he made it his own Norway and thus contributed to the unification of rival clans and individual jarls from Denmark and Norway. Harald ruled the southern part as well SwedenScania.

The nickname of the Blue tooth was supposed to come from a bluish (blackened) tooth that was partially knocked out in a skirmish or, in an accident, was necrotic. This version, however, is questioned by some scientists.

The name of the Bluetooth technology comes from his nickname. The logo also contains references to the ruler, whose probable grave was found in Poland: there are runes tied to the younger fugue: haglaz (ᚼ) and berkanan (ᛒ), which correspond to the capital letters h and b.

The tomb is to be located in the village of Wiejkowo